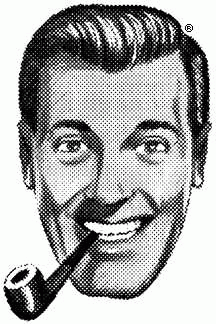 In the pristine wilderness of the Ozark Mountains in northern Arkansas lie the sparkling blue waters of Bull Shoals Lake. Five miles north of the dam that forms the lake there is an island. Two Dokstoks have been held on this island in the past – gutblowout events that featured the best that SubGenius anti-musicians have to offer. This summer, Dokstok XVI will be held at the same location. AND YOU’RE GOING TO MISS IT, YOU STUPID FUCKS!!!! Other than the ORIGINAL APOSTLES and “WITH-IT” DOKTOR BANDS whose invitations were pre-ordained, a mere TWO con-dupes responded to the CALL. The REST of you SNIVELING SHITS cowered in abject terror at the thought of FACING THAT WHICH MUST BE SHAT! Oh Wotan, how can a TRUE DOKTOR face the implications inherent in this utter LACK OF FAITH amongst those who CLAIM to love the TRUE WOR? GODDAMIT, I gave each and every one of you the CHANCE to CAVORT with REAL FUCKED UP PO-BUCKERS and ‘fropped-to-the-gills DOKTORS and you FUCKING BLEW IT!!!! While WE bathe in the power and glory that is EIN KLEINE NICHTMUSIK, YOU’LL be numbly staring at your miserable reflection in a pool of lap-fuck-vomit, while the horrible realization that you’re MISSING the fucking PARTY OF THE CENTURY drills its way into your pathetic excuse for a brain like an alien spirochete burrowing through the spasming corpse of an Xist FUCK-MONKEY. Holy fucking SCHMEDLAP IN A GREEN HAT – you didn’t just fuck up like Hogan’s Goat. You let Hogan’s Goat insert his great barbed Moonie-Splitter into your quivering Valley of the Kink, WITH NO SOCIAL LUBRICANTS applied, topically or otherwise. My contempt for you KNOWS NO BOUNDS! You are LESS THAN GNAT SPUNK. You fuck the SHIT that greasily oozes from the cancerous bowels of a slug-sated RAPE GORILLA! Each and every one of you incomprehensibly shit-besmirched PINK BOYS can wallow in the
festering knowledge that YOU are one of THEM! You don’t even deserve to FELTCH the BLOODY STUMP of a CON-MAN’s wart-encrusted copra-nozzle. Your cojones are FUCKING MICROSCOPIC you sons and daughters of leprous dick-shitting whore RETARDS! YOU DON’T DESERVE TO BE HERE!!!! Why don’t you form alt.barbie/ken and DROWN IN YOUR OWN SMEGMA, you weasel-dicked fucking SMARM-CUNTZ. YOU’RE ALL FUCKING HOG ASS LICKERS. Your PRIVATES belong in the BUTTS of BRAINLESS, PALSIED, TAPE-WORM INFESTED SLOTHS!!! Your BUNG HOLES need to be surgically molded to your FACES, you PEENOID conspiracy dupes. I hope each and every one of you LAME ASS JIT BAGS are forced to run the CON GAUNTLET with your pants down around your amputated, footless LEG STUMPS while Billy Samuels rams a couple hundred yards of RUSTY BARBED WIRE up your lilly-pink ASSHOLES!! YOU SUCK OFF GREAT DANES on NATIONAL TELEVISION. YOU’RE fucking NORMAL, you goddam SQUID BAIT! You have the fucking GALL to call yourselves SubGeniuses, when you’re all nothing but fart-sniffing, brain bereft, mealypuss, SNARF SUCKERS who wouldn’t know a bleeding head if it fucked you in the eye socket. IF I EVER SEE ANY OF YOU IN PERSON, I WILL FUCK YOU UP! You’re DEAD MEAT, fuckshitz! I’ll chainsaw your goddam BUTTS off and feed ’em to my ZOMBIE LEGIONS! I’ll make you SUCK OFF A COP in front of your SECOND GRADE CLASSMATES! I’ll KILL YOUR ASS and then PEE IT THE WRONG WAY. Fuck you. You’re ALL disconnected!